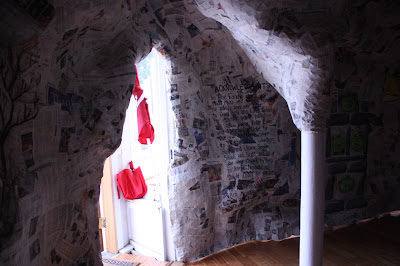 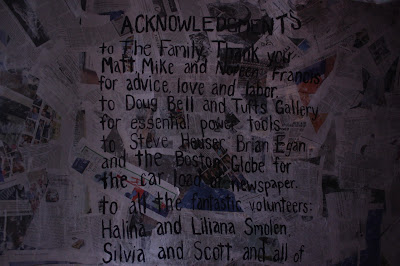 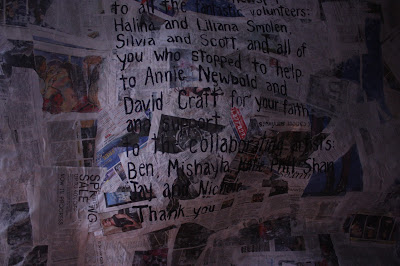 Well, perhaps I should pause the 100 day project, and restart it at the end of July. The cave has been intense and wonderful and totally consuming. I added the acknowledgment painting finally, so that will be my new post for today. Other photos include some shots from recent music shows, and also some updated shots of the cave. I took some pictures for the Phoenix (we got a little mention in an article along side of Tufts and a MassArt show in July 8-15) which made me realize that I hadn't taken photos like that before.

Last note from recent events. One of my favorite visits was earlier this week. A family came into the cave, father, mother and 4-5 year old son. The dad says "This may be the coolest thing I've ever seen" and the kid says "This isn't a real cave!" hehe you caught me, kid. The conversation carried on with dad saying, "Well it looks, feels and tastes like cave..." So... the kid says, "It doesn't taste like a cave" and proceeded to walk up to the cave and lick it!!! Not just once, but 4 times. Hilarious.

Tour of the cave 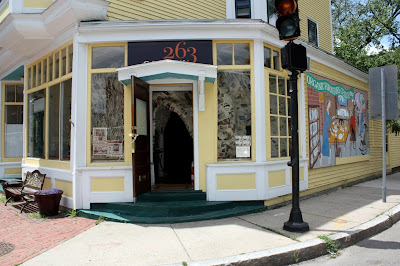 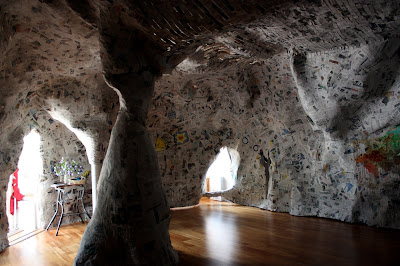 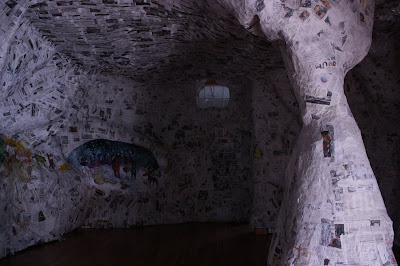 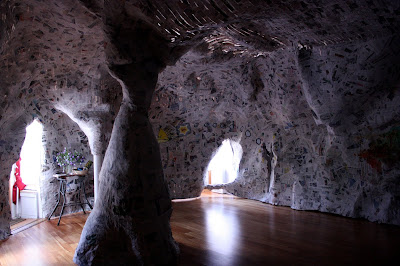 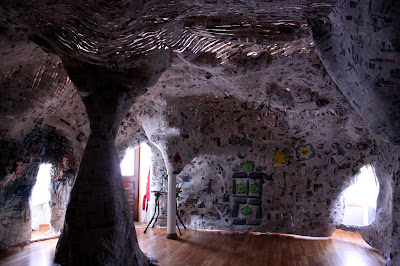 Cave from both sides now. 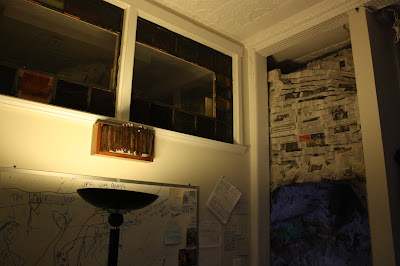 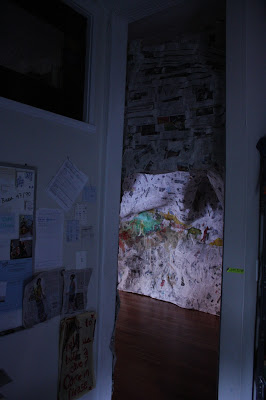 At night. Before the electro show 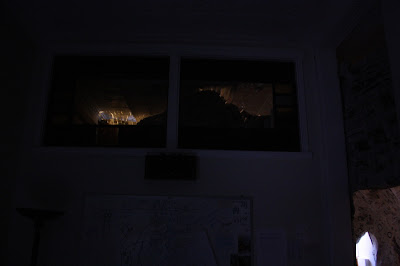 Extending the cave to the floor. This transition is most noticeable beneath the bbq where the bottom was pretty rough. I hope to finish the complete bottom edge soon. 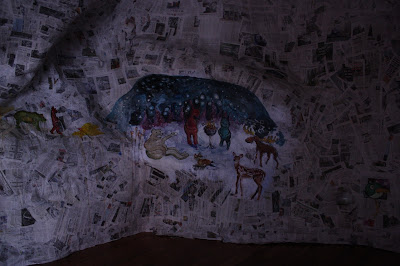 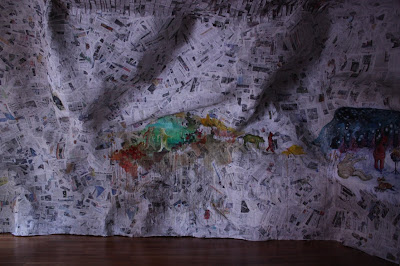 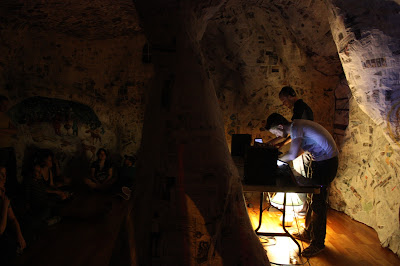 Getting ready for mtn show. 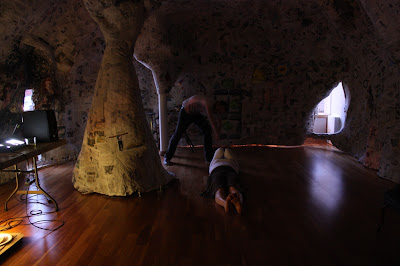 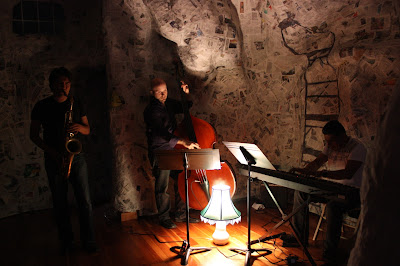 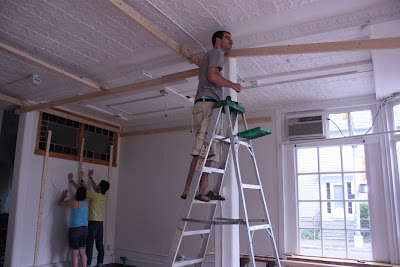